We haven't created any free Sony Vegas Presets & Templates of our own just yet. In the meantime, check out these amazing plugins created by third party developers!

This list contains the MOST popular plugins for Sony Vegas Pro. With thousands of satisfied users worldwide, we highly recommend downloading these plugins. Our top 4 best picks are listed below. Keep scrolling to read the full list! 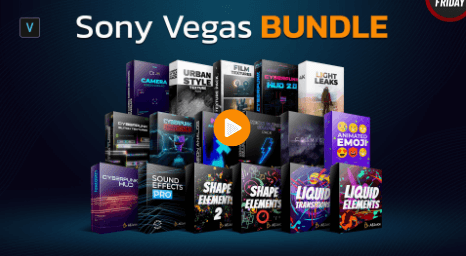 Includes 18 bundles in one big pack! 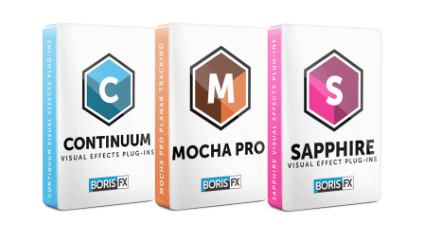 Approximately 150,000+ users, making it the most popular on this list.

Incorporate 3D objects and effects in your videos.

Used by Hollywood Editors, the Red Giant Complete is ESSENTIAL for making high-quality videos in Vegas!

Download
Take a look at these paid & FREE templates for Sony Vegas Pro!

Magix Vegas Pro, formerly owned by Sony, is a popular video editing software used by beginner and professional video editors.
‍
With it's sophisticated interface and versatile tools and effects, it's purpose-built for producing high quality videos fast! But there’s another reason as to why 1000s of video editors and VFX artist switch over to the Vegas Creative Software — its huge variety of third party plugins.

While Sony Vegas Pro already includes 1000s of effects that are capable of creating eye-catching visuals, there's only so much you can do with these native tools included in the software.

With that being said, in this article we'll go over the most famous Sony Vegas Pro plugins used in Hollywood Films, Games, YouTube and other high-quality situations.

One of the BEST plugins For Sony Vegas Pro! With hundreds of thousands of users, you can't go wrong with the sony vegas bundle created by popular After Effects plugin developer; AEJuice AKA Motion Lovers.
If you don't want to purchase the entire bundle, you also have the option to scroll down on their website and download each element individually.

The Saphire Plugin let's you create eye-catching effects which were not previously possible with Sony Vegas' native effects. This plugin includes 270 effects with a bonus 3000+ presets for those effects. Overall, Saphire is an award winning plugin and without it, most of VFX created in Vegas would not have been possible without Saphire.

Element 3D is a popular plugin used to manifest 3D objects, designs and animations into your video. You can also use this plugin to create spectacular 3D transitions consisting of complex 3D overlays. After years of personal use, we've realised that the Element 3D is probably our most frequently used plugin - which goes to show how important it is in day-to-day video creation. 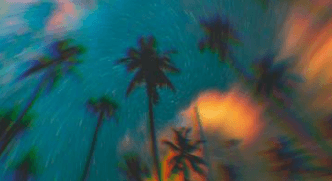 There are over 100 other popular Plugins used by Sony Vegas Pro editors every day! With so many to feature, we can't include them all in one list. Check out the full list on the ToolFarm Website! 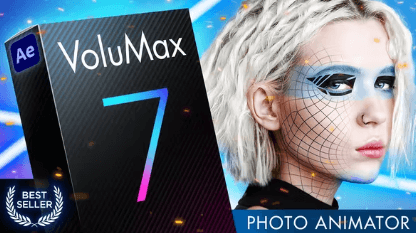 Here are some of the BEST templates for Sony Vegas Pro!

Free Sony Vegas Plugins are one of the most exciting things about video editing. In the past it was very difficult to imagine that so many quality tools would be available for under $100, let alone free. In 2023 there are more great free plugins than ever before, but the freeware scene is always changing. How can you know which free Vegas plugins are worth downloading? Well, all you need to do is go to ToolFarm and check out their free plugin page for Vegas Pro! All these plugins are worth downloading as they contain extra effects that you may find useful!

How To Install Sony Vegas Plugins

Each and every plugin you download will have an installation wizard included. Once you extract the downloaded plugin folder, open the wizard to install the plugin. There is usually a step which requires you to select the Video Editing Software of which you are intending to install the plugin on. On this step, simply select Sony Vegas Pro if you are using Vegas.

What's The Plugin For Sony Vegas To Read MOV Files?

If you are facing an error message when importing MOV files into Vegas, there are two programs you could use to fix this.

The Quicktime plugin will allow Sony Vegas to read .MOV files. To enable this, first you'll need to download Quicktime. Once downloaded, open up Sony Vegas and go to options > preferences. Then, select the 'enable quicktime plugin' found under the depreciated features tab. Vegas Pro will now be able to read MOV files after being restarted.

The second option is Handbrake. Handbrake is the free software extension that allows you to transcode MOV files into MP4 in order to open them up in Sony Vegas Pro.