Here are the top 5 MOST downloaded and versatile transition plugins for Adobe After Effects! Using these plugins, you can quickly and easily create all types of transitions with just one click. 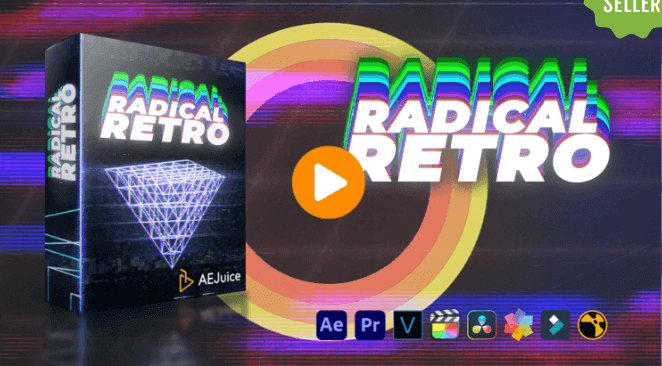 Adobe After Effects is a powerful tool for creating stunning VFX and motion design elements. However, another one of its most useful features is it's compatibility with a wide range of third-party plugins. Plugins are just software extensions that can allow you to do more in After Effects, and there are thousands of them available. One variation of plugins that is particularly useful for all types of video editors are transition plugins. With transition plugins, you can simply drag and drop transitions onto your video layers and customize them to your preference.

1. All In One Bundle

The all in one bundle by AEJuice doesn't just include transitions effects, it's a plugin made up of over $9000 worth of effect packs combined into one! Using this plugin, you can easily create high quality transitions and other effects inside of Adobe After Effects.

The glitch transition bundle has every popular RGB split and distortion effect you can think of.

Over 50 custom made cyberpunk transition effects which can be used for all types of videos. Like the other packs included in this list, the cyberpunk transition plugin makes it easy to edit your videos by storing each effect in a separate panel on your AEJuice plugin pack manager. All you need to do to use a transition is drag and drop it onto your layer.

The light swipe transition pack includes 75 fully editable effects which can be used to cover the jump cut between any two clips or more.

A plugin consisting of generic motion blur transitions which cover the jump cut between two clips through quick and aggressive position, rotation, scale and skew adjustment. Motion blur is also added on top to enhance the movement of the transition.

One of the most important aspects of any video editing project is the transition. Transitions are what help to smooth out the flow of the video and make it feel cohesive. There are many different types of transitions, but one of the most popular is the seamless transition. Seamless transitions are a great way to make your video look polished and professional. They work by fading one clip into another, making it appear as though the two clips are seamlessly flowing into one another. This type of transition is very versatile and can be used in a variety of different situations. Whether you're trying to add a touch of elegance to your wedding video or give your action movie a more cinematic feel, seamless transitions are a great option.

How Do You Add Transitions In After Effects?

Once downloaded and installed, transitions can be easily added to your footage in After Effects simply by dragging and dropping the desired effect onto your video layer. The presets include all the effects needed to make the transition work, as well as added motion blur and keyframe animation. You also have the option to further edit and customize the transitions once it's applied to your clip.

Another way to add transitions in Adobe After Effects without having to use plugins is by making use of the default effects available within the software. To do this, first, select the layer you want to add a transition to. Then, go to the Effects panel and select an effect from the list. To apply the effect, drag it onto the layer in the timeline. You'll need to keyframe a property of the effect which covers the frame to cover the seam (jump cut). You can also adjust the properties of the effect by double-clicking it in the Effect Controls panel. Once you're happy with the effect, you can render your project and export it as a video file. So, that's how you add transitions in After Effects. Pretty simple, right?

Presets
Or
Templates
Author
Which Do You Use More When Editing?
Presets
Templates
Related articles