These After Effects glitch plugins will make your videos look like they were filmed on a haunted VHS tape (in a good way). Here are the 5 MOST downloaded and versatile glitch effect plugins for Adobe After Effects! Using these plugins and templates, you can create all types of glitch effects for transitions, title animations overlays and more! 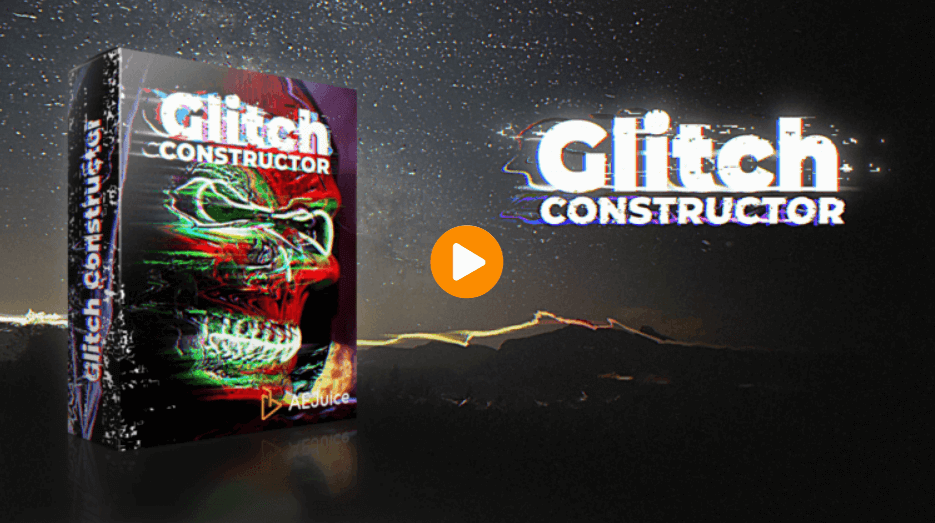 Plugins are software extensions which allow you to unlock new capabilities within the stock Adobe After Effects software. Glitch effects are easy to make inside of After Effects and are very popular among all types of video editors who use them in any kind of video. A glitch effect plugin provides After Effects users with the ability to create more unique glitch effects quickly and easily without having to manually create it each time.

Best Glitch Plugin For After Effects

Glitch and distortion effects have become increasingly popular in After Effects over the past few years. This is because they're relatively easy to make and can be used for all types of videos. There are several variations of glitch effects, all of which are unique in their own way. In this post, we'll go over 5 different plugins and templates that you can use to create your own custom glitch look inside of After Effects! Use them for transitions, effect sequences or whatever you like!

The AE glitch plugin/constructor is a bundle consisting of fully customizable glitch effects which can be used in any After Effects composition. It's the #1 plugin on this list due to it's versatility and usefulness. You can use this plugin to edit your own distortion, color overlay and color split effects in just a few clicks!

The glitch pack by AE Juice features over 120 unique glitch elements for adding to any kind of video. All you need to do to use them is drag and drop them from the plugin and onto a video layer. The glitches included in this bundle can also be used alongside shadow and fade transitions for a more realistic effect. This works especially well if you're trying to design a digital screen in After Effects.

The glitch transitions pack has 25 unique transition effects which can be used on their own, or as a transition between two or more video/photo layers. This After Effects glitch plugins pack will make your videos look like they're straight out of The Matrix (or a really cool music video). Just like the other plugins featured on this list, there are no placeholders which need to be filled in, simply drag and drop the transition preset into the composition to see it in action.

These 70 custom made shape layers are perfect for making glitch transitions in After Effects. This pack can be used to decorate digital art, music videos, video slides and more!

Download these Adobe After Effects glitch effects to create customizable cyber glitch visuals for any type of video. All it takes is just one click plus optional customizations to add glitches into your composition. Along with these plugins, there are also several templates and presets available which serve the same purpose as plugins. These presets and templates usually offer the same customizability as a plugin would, but in .AEP or .FFX format.

M Title Glitch by MotionVFX has several stylized title templates featuring glitch overlay effects to enhance the viewer experience. These presets are easy to use and essential if you're intending to use glitches in your videos repetitively.

The Glitch Transitions pack by Videolancer is the most downloaded glitch related preset pack available on VideoHive. Featuring over 700 transition presets which are highly editable, this pack is a must-have for all After Effects users.

While there are no plugins which allow you to create full distortions After Effects just yet, there is Using the Particle builder template By Pixflow. This is essentially a whole plugin considering it's functionality. You can also create some unique transitions using this effect template. Simply keyframe the particles over the screen and ease it using the graph editor.

Distortion Zoom Transitions by VideoLancer has over 1200 downloads within just a few months from release. The pack features zoom transitions, with a distortion twist!

Presets
Or
Templates
Author
Which Do You Use More When Editing?
Presets
Templates
Related articles